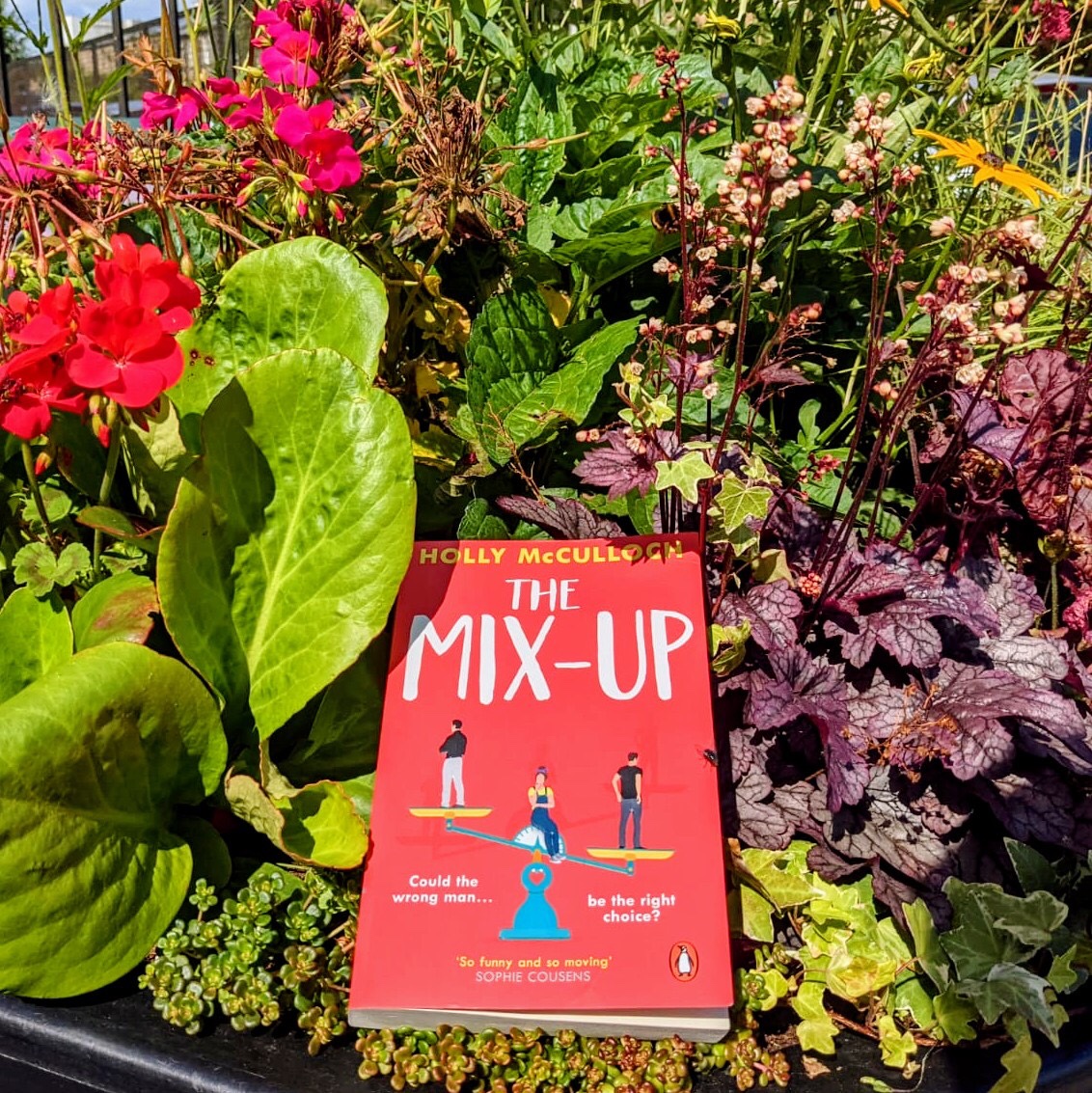 Paige might bake wedding cakes for a living but that doesn’t mean she’s dreaming about her own perfect day. Far from it.

Trusting people is hard after she was badly let down by her family and boyfriend just when she needed them most. And to make things worse, her ex has just walked into her bakery with his new fiancée…

Needing a little no-strings-attached fun, Paige goes to a party where her friend knows just the guy – the guy in the black top.

Noah was meant to be her perfect distraction…instead, he wants more than just a bit of fun. But could the wrong guy turn out to be the right choice?

The author of this book is Holly McCulloch and it was published by Transworld Publishers.

Have you ever been drawn to a book because of its cover? Well this happened to me and once I read the synopsis of the book I was immediately enthusiastic to read it. The idea a book written about a mix-up between two people has always drawn me in as it’s a common occurrence but there are still so many possibilities that it could change your destiny.

In this story our main character Paige gets mixed-up talking to the wrong guy at a party thinking it was a set up for a one night stand with a friend of a friend which was written as a kind of meet cute which I found really nice. I just wished the story was a bit more focused on this titular ‘mix up’ or that maybe the scenes have been longer and that maybe we could get a bit more insight into both of the guys at the party.  Although I have to say that Noah, our main male character, had a great personality and was very thoughtful it was a shame the other character was never really mentioned again.

I felt that this book had so many great story threads that could have been developed into major plot points or at least written with more details or insightfulness. For example, there were a lot of different parts of the story which gave us an insight into Paige’s battle with cancer and the effect on her personality and why she sees life with different eyes to other people and does not wish to commit to a relationship and we also learned of her difficult relationship with her own family and friends.  These sub plots had the potential to be very interesting and could have added depth to the character but her behaviour was often inconsistent with her beliefs particularly regarding romance and commitment.

The writing is good and I found a lot of parts of the book funny but also found parts of it emotional and thoughtful with topics like cancer and loss written about. Overall was an easy story to read and I do think that the writer has a lot of potential and many good ideas for her books but couldn’t quite bring everything together.

I will be checking out whatever else Holly writes about next.

Availability: The book is available in all good bookshops.